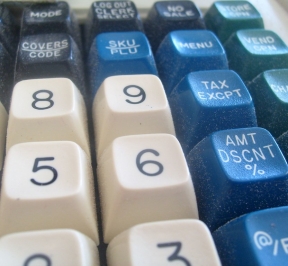 Incoming regulatory changes concerning Private Residence Relief (PRR) will place a higher tax burden on landlords – this move comes on top of the phasing-out of mortgage interest tax relief. A report claims as many as 24 percent of landlords were considering selling properties, as a way of coping with higher tax burdens.

The Government proposed in 2018, saying that they can raise as much as 470 million pounds for the treasury at the expense of the landlords. This was announced a week after a report claimed that 24 percent of landlords were considering selling properties to cope with higher taxes.

The incoming government plans to phase out the tax relief mechanism for landlords. In other words, no portion of their mortgage interest will be deductible against rental income by April 2020.

“The new regulation will put additional pressure on homeowners who have moved. It is difficult to sell their former home, especially with the economic downturn” Says Andrew Robins.

Meanwhile, the government announced a proposal to restrict income tax relief for landlords in 2017. They said that this would ensure that landlords with higher incomes don’t get the most generous tax treatment. According to John Heron, the director of mortgages at Paragon. Landlords quit the property market due to these recent changes. This is making it difficult for people who rely on rented houses.

On the other hand, Tony Gimple, The founding director of Less Tax 4 Landlords. He predicted that as soon as 2019, individual social landlords will face a tax bill exceeding their profit this year.

What do you think about these changes?

For more Real Estate Blogs and Articles, visit our website.

Landlords Face £470m in Additional Taxes Due to Incoming Policies

Incoming regulatory changes concerning Private Residence Relief (PRR) will place a higher tax burden on landlords – this move comes on top of the phasing-out of mortgage interest tax relief. The government announced proposals to scrap tax relief on landlords in its 2018 Budget.

Call or WhatsApp us